Chalcogenides are materials containing one or more chalcogen elements (e.g. S, Se or Te) as a substantial constituent. They are covalently bonded materials and, although they may be amorphous or crystalline, they are fundamentally semiconductors with a band gap typically of 1–3 eV, depending on composition.

halcogenides, are particularly noted for their functionality, with strong, varied responses to optical, electrical and thermal stimuli.  A 2006 review identified 44 separate exploitable “effects” in chalcogenides, including their ability to switch, bend, self-organize and photo-darken, in addition to their inherent Infrared transparency, optical nonlinearity and semiconducting nature (M Popescu, Chalcogenide – Past, Present and Future, J. Non. Cryst. Solids 352 (2006) 887). 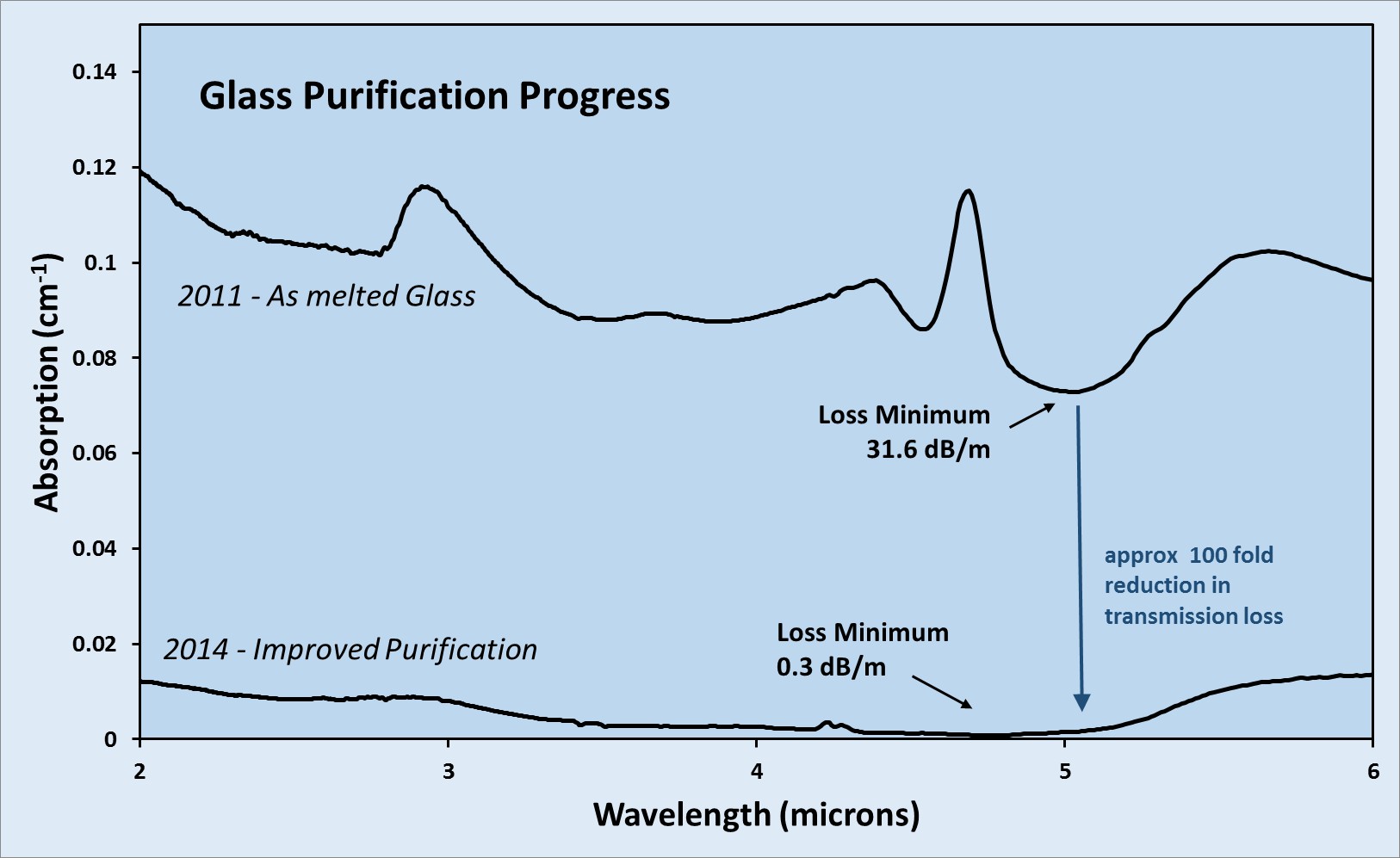 Traditionally many Chalcogenides have a reputation for containing high levels of impurities leading to high optical loss and inconsistent mechanical properties.  ChAMP researchers have addressed this by focusing extensively on improving the manufacturing process to remove contaminants. ChAMP can now consistently produce high quality glass with the exceptionally low loss shown. 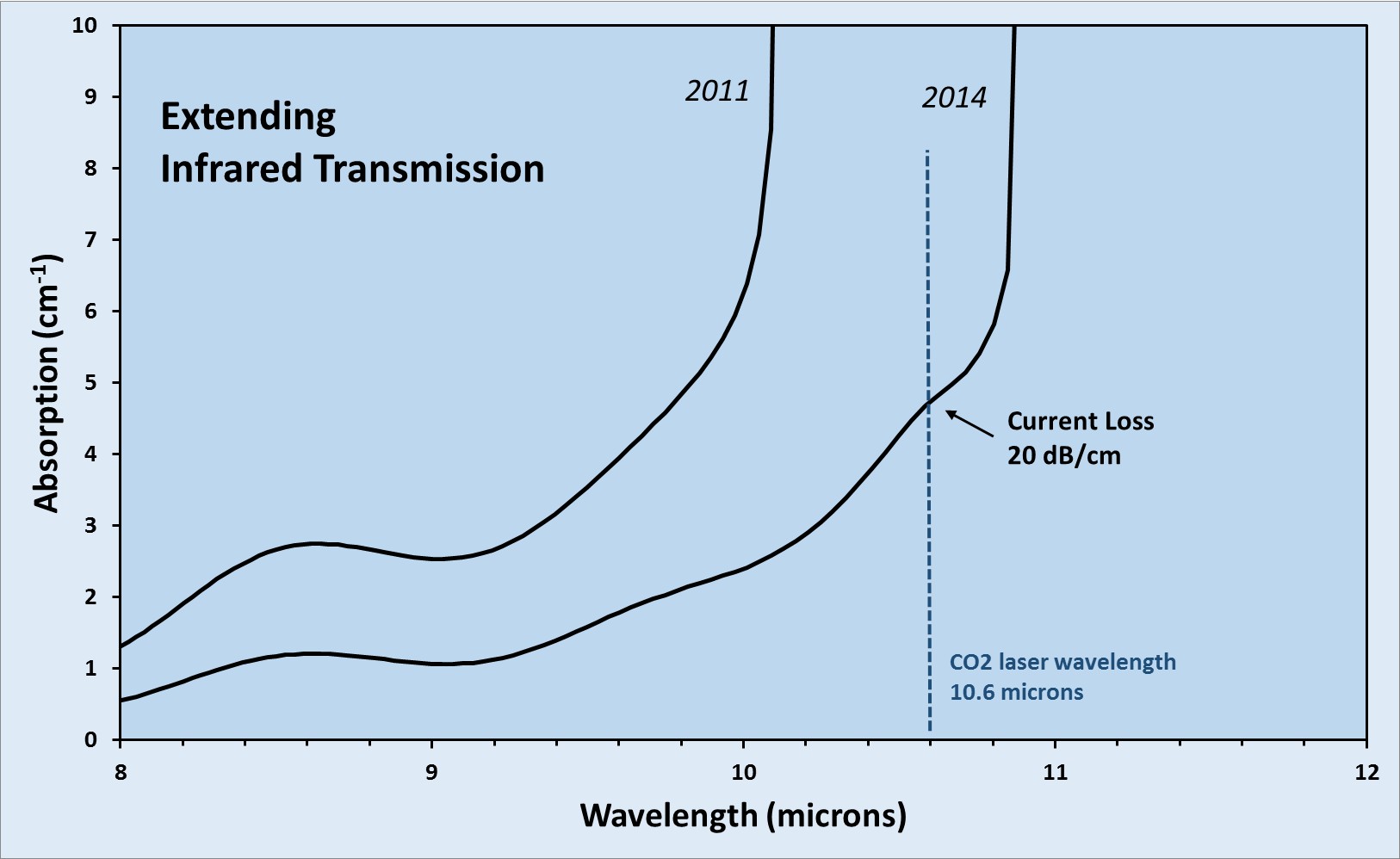 This unique process yield losses is 100 times lower than found in glasses produced just a few years ago and has extended their operating window further into the infrared.

One of the most commonly researched  chalcogenide glasses is arsenic trisulfide. Although stable as a glass, the highly toxic nature of Arsenic, means this material is complex to process and has thus found only limited commercial application.  ChAMP focuses on developing Arsenic free glasses, with low toxicity, such as Gallium Lanthanum Sulphide (GLS) which are much easier to fabricate into components, further removing barriers to adoption.

Datasheet with the full physical and optical propoerties of GLS, samples of which are available from ChAMP